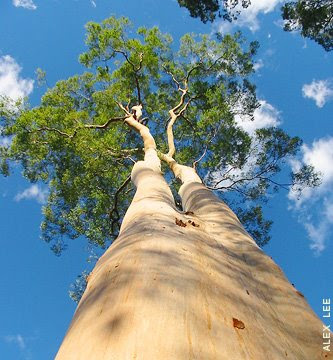 Black Monday, Green Tuesday episode on bbc radio 4 featuring yours truly is on i-Player now - and all round quite an interesting although inconclusive discussion on whether the recession is good or bad news for the cause of building a low carbon economy?

Contentious quote of the program was a commentator from a sustainable consultancy who says "for technical reasons we do need economic growth." I've got no idea if that is true, but I have met qualified economists who think it not.

It is what Adam Smith said - I've been reading Wealth of Nations recently, and very good and surprisingly humane book it is too. His argument was that only in a growing economy would new jobs = greater competition for workers = high wages = good standard of living. He also claimed that only growing economies were happy, declining ones melancholy.

Actually I've got to say I've really enjoyed the prevailing mood - the freedom and fresh openness to new ideas - of the last 6 months. And I've met some very happy people whose lives were already organised on a more communal, grow your own and debt free basis. Although I do realise that many others are having unhappy times and sleepless nights worrying about their jobs and their debts.

I think the thing is perhaps that within the business as usual rules GDP growth is needed to get people out of jail on their debts, investments and so on, given the interest that they otherwise owe. If we played by different rules (and we are well into that territory with state underwriting of those 'free markets') then maybe we dont. It's like saying "for technical reasons it is important to score goals in football". That's true but doesn't tell you anything about activities based more in cooperation and less in competition. A hardy perennial debate anyway.

I was at a meeting yesterday when I realised that actually the bit of the capitalist system I believe in much less than economic growth (lacking any real evidence that green growth actually works) is investment. Here's a thought experiment. Imagine in future that being an investor that owned the majority of future profits and growth (and had no responsibility, involvement, accountability for how those results were achieved) was seen in the way we look back upon slave ownership. A bit harsh I know but it is an extraordinary idea nonetheless. And both slave ownership and being an investor are described in Adam Smith's writings under the common heading of being "a master".

There was a piece in the FT this week about how private equity got caught out. Basically they would put 20% of their own money in and borrow 80% in bank debt. They only had to pay the banks back at 5%. So if overall the company more than doubled in value then their 20% became worth nearly 120% and hence +500% returns. The catch is of course what happens if the company (like all companies right now - equity market averages show) halves in value and the banks aren't renewing loans? But on a broader view, even allowing they were taking that risk, it doesn't seem quite fair somehow, to run the whole economy so that those that have can join get any number of such richer quick schemes. Ultimately there is always a cost too?

I wrote about quite a bit of this nearly a year ago (although i never did produce that paper with Jules) and am feeling quite prescient in that quite a few others - post Madoff - are wondering if large parts of the economy are a Ponzi scheme. Where I differ from some of the post growth crowd is I do believe in company and sector growth - as what i imagine as necessary correlates of innovation. We need to manage 'the whole forest' of the economy on sustainable grounds - ie tackling both poverty and living within the planet's resources - rather than applying a 'bonzai strategy' to individual trees within it.
Posted by John Grant at 05:10

The slave thought is an interesting one John - Berry and I were thinking and talking about that analogy just before Christmas. The questions is: what changes took place in society whereby slavery became unacceptable? Where did this start? Who started it? How was it propogated? The answers to these questions may help us understand how we create and develop a social expectation whereby it's not OK live in an unsustainable way. Answers on a postcard please!! Meantime, I'm off for a bottle of Westons - marvellous stuff!!

Hi Nick, happy new year. yes someone I'm working with got so interested in all of this that he visited the slavery museum in liverpool. One thing he found was a very early version of 'fair trade' style consumerism: "East India Sugar. Not made by Slaves. By six families using East India, instead of West India Sugar, one less slave is required." Overall it seems that the idea spread first and in time turned into action; eg as Jules pointed out a while back, Jefferson wrote the declaration of independence "with a cellar full of slaves". Progress always makes us hypocrites while we play catch up?