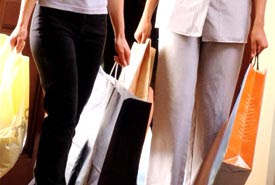 I have been writing in this column for some months about green marketing. I think its high time we had a little chat about the moral questions it raises for people working in marketing.

There are ethical agendas within green such as Fairtrade. When UK retailer Marks and Spencers launched their Plan A initiative, while becoming carbon neutral was the overall aim, a place was also given to fair treatment of farmers, to animal welfare and so on. Its important not to forget these as we scramble to tackle global warming in government policies, industrial supply chains, investment policies and even in our little marketing contributions to the cause. And a much bigger version of this question is how to balance the humanitarian imperative of development in some parts of the world with sustainability.

Nearer to home, a central question is this: what is a good way of life today and tomorrow? Even before we knew about man made damage to our fragile ecosystem, there were grounds to wonder about this. Is rampant materialism, consumerism, competition good for us? Is it making us happy? Is it the right choice for us, our children, our communities? And if it isn't, how can we think about building an alternative? It’s hard to think about the American Dream of modernist aspiration without thinking of classic image advertising. But there has already been a hopeful turn away from this, many of the newer brands are trading on authenticity, not the promise of making you look better than others. There are many other questions which marketing faces over the next years, about needless packaging, junk mail, advertising harmful products and so on.

All of these questions could be sharpened if the long economic boom of the last decade or so falters. At the moment there seems to be a strong chance of a global recession. Investment bank Morgan Stanley have said publicly that they think there is ‘a 40% chance’ of this (they also say they are advising clients to get out of equities and into cash, which does make you wonder). The concerns stem not only from ‘the credit crunch’ in financial markets, but also near-record oil prices and serious questions about consumer confidence and the housing markets. Not a great prospect for readers of a marketing magazine, I know. A serious recession is a hellish scenario for marketers. Many of us have lived through previous such episodes and know that the ad budget (and hence friends’ and colleagues’ jobs) are often amongst the first cuts made.

For our overall way of life, the picture is more mixed. Constrained economic times lead people to spend less on luxuries and long flights, to buy smaller cars and look for efficiencies. If 2007 was the year of green consumer choice, 2008 might well be a year of green consumer necessity. It would not help the fashionable green brands who have commanded a premium price. Nor would it help big corporations stick to their promises, if it comes to survival mode and deep restructuring. But it could favour many existing and new green schemes which aim to save money as well as saving the planet. Who could know - we will have to see? Certainly a big downturn would mean much would have to be re-thought if the gains of the last few years were not to be undone.

But the question remains - recession or not – what can we do? How can we build a better way of life, a livable one as well as a sustainable one? Are there ways that marketing and advertising, so powerful and emotive, can work with this agenda? What can we do creatively, not just to catch the wave, but give it shape? As I’ve argued in the new book, perhaps we can play the same role we have played with IT brands; accelerating the adoption of something which at first sight is strange, scary and new– making green normal.

But it’s not just about ‘the green briefs’. It’s about all our work. Ultimately it is down to something like our own individual values, and the morality of our work. It’s about bring able to answer questions like, 'if everyone copied this idea, took it to heart, acted on it… would that be a good thing for the world'? That's not a question we were trained to incorporate in our work. It may not be in the brief. It may be impossible, unless we refuse the offer of work in certain quarters. But as human beings in the current situation, is it one we can afford not to ask? Our motto at St Lukes was ‘doing a little good, and not too much harm’. It’s not my place to suggest any other individual or agency must think this way. Although I do believe we all have responsibilities, what these are exactly is a political question. But the questions are being asked, and asked in Europe by regulators, politicians and pressure groups too. So we will need some sort of answer.
Posted by John Grant at 16:04

thanks Ron, looks like an interesting site, i am researching something on green and ethical investments and entrepreneurs at the moment, so that's very timely too :J