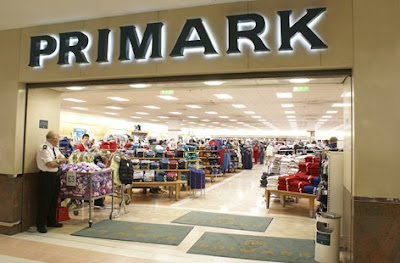 From the ethical consumer press release:

In 2008 stories about child labour and low wages at Primark suppliers
were splashed across the front pages. A new report from Ethical
Consumer magazine reveals that conditions for workers supplying 19 other
clothes retailers could be even worse.

“There's a real gap between the best and the worst performers on the
high street," says Ethical Consumer editor and report author Rob
Harrison. “Companies like Urban Outfitters, Moss Bros and BHS, score
zero in our survey. They appear to have no policies in place to prevent
abuses by suppliers. We urge consumers to vote with their wallets
against the exploitation of the people who make our clothes.”

The report also examines how poor ethical standards in the high street
have led to an explosive growth of smaller, more ethical, brands.
Companies specialising in Fairtrade and organic clothing have mushroomed
from around 20 in 2006 to nearly 250 in 2009.

Scoring best for ethics amongst the high street retailers are Monsoon
and Marks & Spencer. Scoring best amongst the ethical specialists were
Bishopston Trading, Gossypium and Traidcraft.

The best way for consumers to help address this issue is to buy only
Fairtrade and Organic labelled cotton clothing and reward those
retailers raising the bar on standards with their business.