Draft Article for the Marketer 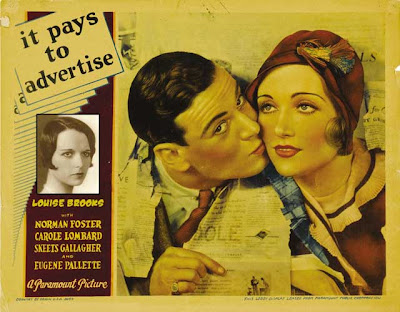 What If All Publicity Were Good Publicity?

Most reading this will agree that ‘it pays to advertise’. With today’s accountability we can be sure that (in most cases) marketing promotions make more money than they cost. If some in a market use these tools and others don’t, the effects can be particularly dramatic (Accenture using TV ads in the 1990s is one example I have written about). What if we restricted the use of advertising (and other channels) by those sectors, products and companies with a poor environmental or ethical profile? Wouldn’t that create a compelling business case for doing the right thing? And reward those businesses and brands prepared to invest in better business models and policies?

If that sounds far fetched, how is it different from banning cigarette advertising, or banning junk food advertising to children? As with products that create a massive healthcare bill, environmentally destructive products also create a huge public bill. Some already create large public costs (2.4% of all landfill waste is disposable nappies – source Green Consumer Guide). Others are contributors to climate change, which will cost a great deal more money to mitigate (according to Stern and others) if left unchecked.

This debate has already been raging at the Guardian for several years. George Monbiot publicly challenged his own management over accepting advertising that “makes the destruction of the biosphere seem socially acceptable”. The Guardian News and Media group recently polled its readership and found that 60% felt it should refuse advertising for ‘fashion brands that use cheap foreign labour’, and 40% for ‘high emission cars’. Meanwhile commercial TV in Belgium already offers a 30% airtime discount to advertisers with clear green credentials. Another option discussed by Joel Makower (in Strategies for the Green Economy) is a return to the Good Housekeeping Seal of the 1900s, whereby every advertiser’s product was guaranteed by the media. In the present case the media might run green breaks (or sections) with every product claim certified ‘greenwash free’. This would require independent verification, but there are numerous existing (labelling) standards, independent rating studies, NGOs and consultancies to step into that breach.

The ‘freedom to advertise’ lobby will object to my suggestion. ‘If a product is harmful then ban the product not the advertising’ they will say. ‘Our media are dependent on advertising revenues. It’s a free country. People can make their own minds up, they don’t need us doing it for them. The recession and declines in advertising revenue are hitting us hard enough already, without making it worse’…. Many of the same arguments were formerly applied to defending advertising against the tobacco bans. Ultimately we will need regulation, consumer pressure and leadership, to combat just making money selling any old crap. Retailers have shown it can be done with light bulbs, GM foods, palm oil, plastic bags, patio heaters and so on. On the question of ad revenues, it’s quite likely commercial media will need bailing out by government. I would commend this ‘editing choice’ strategy as a condition of any taxpayer funded subsidies. It’s just one example of how we can take advantage of the recession to think more creatively about the way that we order and manage society, and make a few irreversible changes for the better.
Posted by John Grant at 02:38

But perhaps when people die by the droves it gets governmental attention.
So "better" choices for the planet(in whose opinion?death seems rather absolute) mean debate so easily stops progress. We need clean air, water and earth to live but we need money, too, it is argued. A slippery slope of deciding where "freedom" ends and who gets t earn a living but my goodness, I'm for this.