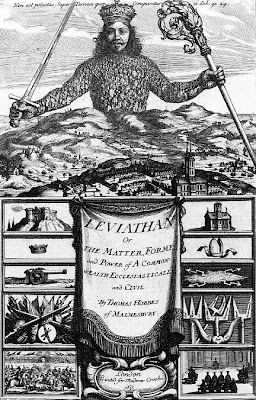 IT'S THE STUPID ECONOMY

I hesitate to write this in the midst of such turmoil. Will there still be an economy by the time this appears? Perhaps that’s not a worry – if the magazine appears, the economy probably still exists! This is in fact a ‘hedge’ come to think of it! Aren’t I ‘shorting’ catastrophe here? If this appears, do read on….

"It's the Economy Stupid!" was the famous slogan from Bill Clinton’s 1992 election campaign. Then it was George Bush senior who was perceived as being weak on economics. Now once again we see a swing to the democrats and Obama. It's hard to know what that means. It’s perhaps an emotional reaction, a mood swing? Or is it a knock on effect of the much reported anger of main street America about the plutocrats whose money making schemes have (quite possibly literally) bankrupted the world economy; ‘derivatives’, ‘shorting’, ‘sub prime’ and so on? Anyway it’s not so extreme. In the aftermath of the 1929 crash there were actual CEO lynchings. But besides questions of substantial pay-offs to executives who brought ruin to their investors, is it the greed or stupidity of individuals that’s at stake? Should we blame the bankers? Or is it the system?

As you’d expect my interest is in what this means for sustainability. Any sort of slowdown - no matter how unfair, indiscriminate and productive of individual and community hard times – is a gain for the race to tackle climate change. Even before the market heart attack (a credit crunch is after all a failure of circulation) there were growing calls for us to move to a post-growth economy.

But we have to be careful here: post-growth is not recession. Herman Daly, the author of “Steady-State Economics” and a former head of the World Bank, argues that they are very different matters; “A condition of non-growth can come about in two ways: as the failure of a growth economy, or as the success of a steady-state economy. The two cases are as different as night and day. No one denies that the failure of a growth economy to grow brings unemployment and suffering. It is precisely to avoid the suffering of a failed growth economy (we know growth cannot continue) that we advocate a SSE.” The difference is that between a buddhist monk (or anyone who has taken the course of voluntary simplicity) and someone suffering poverty. There is a question about whether, when already suffering recession we can now come to embrace it as a welcome change of direction? Can we choose the necessities, which we already face today? As Daly suggests there would be very different cultural structures supporting steady state; strong communities, proud pioneers, regulation.

Why - apart from the virtues of a simpler life - would post-growth economics ever be something to aspire to? The main reason is that growth is like a serious drug habit – it shows every sign of killing us, and also destroying much of what we care about too. Three separate recent authoritative surveys (one by DEFRA, a UK government department) have concluded that there is a direct coupling between economic growth and carbon emissions. In broad terms every $1 spent on goods equates to 1kg of carbon emissions. And so on throughout the economy. Even the sectors like IT which was held to offer employment, services and satisfaction of all sorts of needs at little environmental expense, have turned out to be surprisingly costly in these terms. The IT industry was estimated by a Gartner report last year to have higher carbon emissions than the global airline industry. There are no free rides, when everything we do ultimately uses resources. Of course there is the possibility to redirect the economy towards better versions of products and services. But all the evidence is that, despite everything we have thrown at the problem in the last five or ten years, little or no progress has been made. Global greenhouse gas emissions are still tracking the IPCC worst case ‘business as usual’ projections.

The argument for post-growth economics starts with the debunking of another idea: ‘Green Growth’. The very idea of sustainability was predicated on this green growth idea; that economic development and social and environmental responsibilities are not incompatible. There are still voices promoting green growth. “Cradle to Cradle” (by McDonough and Braungart) argues that we don’t need to turn from growth, we just need to redesign our material flows. That if we ensured that every material was the nutrient, either of another technological process (what they call ‘upcycling’) or of a biological one (eg composting) then we would entirely eliminate the concept of waste. But sustainability is a many-headed hydra. Of course we should eliminate waste (and it is encouraging that the entire Netherlands has adopted the ‘waste is food’ philosophy). But what about energy? And water? And peak oil? The consensus seems to be growing - and not just in the environmental movement - that economic growth is precisely what we must tackle if we are to survive the next century. Certainly if we are to come through it well.

I tend to buy this argument. But would make a clear distinction between the economy as a whole and – within it – dynamic, growing businesses tackling for instance social needs, or cleantech. What is being suggested is not a ‘bonsai’ strategy of restricting the growth and prospects of individuals and firms. But rather a ‘forestry’ strategy of selectively optimizing the whole economy, within the very real limits of natural resources, the earth’s capacity to renew, and the ‘red line’ of danger in levels of atmospheric CO2 (which some, including NASA’s James Hansen believe that we already crossed in the 1980s).

How would post-growth achieve this balance of supporting some growth while managing the impact of the whole? I’d suggest that it could do so in a manner very similar to forestry, by selective felling of some trees, whilst nurturing others. George Monbiot for instance suggested in “Heat” that the government should simply ban all out-of-town retail stores. Instead we should move to a system based upon home deliveries (and also I would argue local independent shops, selling local goods to customers living a short walk away). Deliveries are (Monbiot says) substantially more efficient than the heated, lit and open-refrigerated ‘extra warehouse’ that is a store. Plus personal individual journeys to- and from out-of-town locations have a huge impact. If the governments did ‘ban’ Tesco and Walmart, you can then imagine a supergrowth in new Amazon.com -style models. With satisfying new jobs, for everyone from the entrepreneurs to green delivery contractors. Yet the economy as a whole would shrink (not least because we’d use much less energy to get the same result).

Managing an economy in this sort of centralized way is something politicians are only ever able to do in times of war, or – in fact, as now – times of dire economic emergency. Peter Barnes in “Capitalism 3.0” argued that we would have to wait for another point – when the profits-at-any-expense lobby were at their weakest - analogous with the 1930s in the USA, when it was possible for Roosevelt to push through the New Deal, and post-war years in the UK when Clement Atlee had the mandate to found the National Health Service. There is in fact a new proposal being put forward by a consortium of leading green figures in the UK called The Green New Deal, which aims to provide the investment that is sorely needed in renewable energy generation and includes such ambitious plans as ‘making every building a power station’ allied to economic reforms such as an oil windfall tax and going after corporate tax evaders.

Meanwhile in the current crisis, everyone is talking about the economy. Economics, the most boring topic imaginable in usual conditions, has become the thriving subject of conjecture, paranoia even. Some say it's a tragedy (the bankers had it coming to them). Or it's a comedy of errors. It's the shadow of speculation. It's all a conspiracy. Or a big confidence trick. Or perhaps a takeover by unseen powers. Of course it is quite possibly any or all of these things but - and this is the necessary condition for such superstitious imaginings - it is a vast and unknowable system that seems to operate beyond our powers of control and comprehension. Perhaps even a metaphor for the real crisis behind this man made storm; of catastrophic and accelerating climate change, and also a critical phase when we start to run out of everything; energy, water, food, materials.

In retrospect we may look back with dismay on a time when money was (as described by Margaret Mead, one of the 'mothers of anthropology') our tree trunk concept. In other ages and societies religion, art, even human sacrifice had been the central institution against which all else was measured. This tree trunk idea makes it sound like money has stood still. But actually there has been a rapid series of positions taken by money in this world - if we accept Mead's metaphor we should add one proviso - this is a walking tree. We have seen the end of the gold standard. We have seen the rise of money being made out of debt (the vast majority of money originates in a secured loan, in return for collateral; and not from central banks and royal mints). We have seen the parting of book value (the value of a company if it were liquidated) and stock market. Recently we have seen crises of liquidity, the shorting of banks or whole economies by hedge funds, and the rise and rise of derivatives.

My hope (and it is relevant to an ambitious social venture I am working on) is that we can invent a new economics, even a post-economics. One that finally works for people and planet. The alternative is stark; a long crisis, followed by breakdown, followed by rebuilding, quite possibly back to the same brink we just retreated from from. What has Russia gained, or learned, from its last 20 years? We need to do better than that. And if we succeed, I would predict that the economy will actually disappear. Or be no more interesting than roads, grain or temples (the Roman tree trunk ideas). In its place, our new tree trunk concept could well be sustaining life. Which after all is rather central?
Posted by John Grant at 10:30