It's not all Gloom & Doom 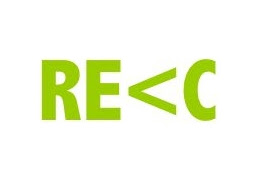 Check out the recent video of the Google founders plus Dr Larry Brilliant (head of Google.org) interviewed at Davos World Economic Forum by Tom Friedman of the New York Times.

Embedding this didnt work. It's a very long video (37 mins) and takes ages to load on this page or indeed on treehugger where I first came across it, but couldnt actually get to watch it and had to go and hunt for it - ironically it also takes forever to load on the google video site - so if you want to actually see this, go watch it on youtube, where it comes up pretty instantly... link

There's an interesting bit in the middle where the point is made that it "may be more important to change our leaders than our lightbulbs" in that US regulation is if anything going backwards (further support for oil, car and coal lobby vs renwables) and yet that climate change hasnt really figured in the US elections at all; they quoted Al Gore saying that it had the same number of mentions in chat show questions with candidates so far - 3 in total - as UFOs!

There is a lot to debate about things that they say. I wouldnt agree on Brazilian biofuels being such a good thing, nor with the idea that topdown solutions like transmission grids and other Google (or government) sized programmes are what is really needed much more than any local or individual change. I would rather tend to say we need both and everything inbetween.

The most heartening news in my own week was that Camden, my local council, are introducing a food waste collection & composting scheme across the borough. Food waste according a a UK gov campaign is responsible for emissions equivalent to 1/5 of cars on the road. It's just so brilliant to see local government taking the lead, especially in cities where household composting often isnt an option. It's not either or. And the Camden thing helps us all feel like part of the solution too.

What I want corporations like Google to (also) do is connect local action to large scale change. If anyone can do that Google can. (My email is at the top of the blog if anyone from Google is reading and wants me to pitch them a long list of things they could do tomorrow WITHIN the internet to enable a low carbon society, from dynamic demand to my own little social web 2.0 venture called TakeTurns.org).

But it's so brilliant to see the leaders of that business (and Microsoft, and Yahoo and others) engaged with all of this at all. And it's well worth the long video to hear them talking knowledgeably and passionately about their RE < C initaitive and also some other Google programmes to tackle health, government infrastructure and entrepreneurship in the developing world.

ps a note for brand marketers; the incredibly funny and daft thing about branding their initiative RE < C (renewable energy cheaper than coal) is that their search engine doesnt differentiate this term from REC, RE(C) and so on, so that even though you can still find RE < C mentions among those others, it's for instance very hard to find an image or logo associated with this I had to make my own 'artists' impression. You'd have thought they would have had the natural search ranking thing taped. What's more when you blog about it you have to insert spaces otherwise you get a "Tag is broken" message as it thinks its html. It's quite sweet that they obviously didnt think very hard about making massive brand capital/a bigger splash than just letting people know what they were up to?
Posted by John Grant at 04:00