What Would a Deep Recession Mean for Green? 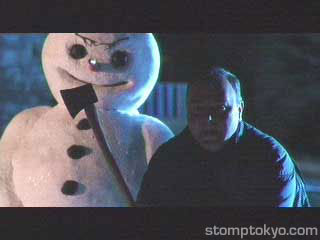 Not to be bearish but I keep hearing winter is coming.

It's a natural cycle. The leaves are turning brown (certainly on hedge funds into sub prime derivatives and so on).

The immediate thought that always comes up is that corporations will be pushed into cost savings, re-engineering and anything and anybody which isnt adding immediate value (revenue) will be a target. Ad agencies will be the first to the wall as always. But sustainability commitments will be harder to sustain, some say.

There are prime candidates for that style of thinking; for instance consumer demand for 'green as luxury' may well weaken.

A deep economic winter could be great news for the pure green agenda:
- ending the shop, shop, shop era which will look in retrospect like the longest ever episode of footballer's wives; the era when it was possible for lastminute to say "get your 5 trips a year" etc.
- pushing people towards counting the pennies, including energy efficiency (it's quite possible that an 'oil crisis' could be part of this scenario, and as in the 70s when Honda took the US by storm the small hyper efficient cars would benefit - also home energy efficiency given the existing price of energy is pretty well justified eceonomically, but when people are on a knife edge financially it will be a no brainer)
- favouring efficient markets - eg sharing, bartering, eBay, local self help schemes...

Economic downturns can cause immense suffering in families and communities. But people are often happier in adversity paradoxically (the wartime spirit, people pulling together) - but I am not denying the suffering nor wishing it on people.

Fortune favours the prepared. And - for now - it's still just a scenario. Let's kick it about a bit; what would you plan for this eventuality. How would you hedge exposure to a big downturn. For instance if you were a major retailer, bank,media company...?

The hedging thought might be key. Tesco have Finest and they have Value. The market can decide which part of their business grows. But how to hedge for instance if you were Amazon or TopShop.

My going in assumption is an idiomatic expression (which I'm probably not translating right) from Japanese, which says "big change, big chance". Although much of the damage in economic downturns is admittedly down to corporate panic; slashing when a little pruning and redirection would lead to growth. Similarly investors can pull a lot of plugs.

But what is a good plan to have in place (short of moving to Shanghai)?
Posted by John Grant at 10:10

On your comment on 'pure green' - from a consumer perspective I think a segementation between greens that a) tend to swap one product for another (usually more expensive) green product and b) are trying to move to a sustainable lifestyle is useful.
As credit tightens, the former will switch back to value products as their mortgages become more expensive and saving becomes more attractive. The latter will find their sustainable lifestyle more useful because it means buying fewer luxuries and using less energy (which is also rapidly increasing in price).
So we will have increased polarisation between consumer groups - the 'lime' greens will abandon their principles and the 'deep' greens will be even more dedicated.

Morgan Stanley in the FT yesterday (13/10/07) said: we're not predicting a recession but we are saying there is a 40% chance of one.

They are advising all their clients to get equities converted into cash as soon as possible because a big market crash is possible any day now.