The nag is giving away free electricity if you take their switching to green energy pledge. It's a great story: "International Buddhist Poker Champion Andrew Black is currently in first place in a tournament where the prize money is half a million Euros." 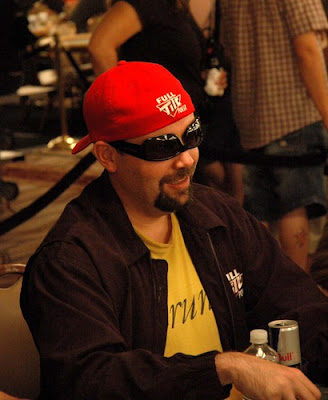 "Black will give 10% of his winnings to The Nag, and The Nag will share the bounty with members by picking up the tab for members Green Energy bills for a whole year. As of this morning, Andrew was up to €350,000 in a competition to win half a million euros. That's free green energy for a lot of Nagsters! Play resumes at 1pm today and finishes on Saturday 3rd."

Meanwhile the Guardian's new tread lightly community/site is giving away a G-Wiz, as a prize draw for those who sign up and take on at least one of their weekly pledges. Alan Rushbridger the editor there famously drives a G-Wiz, so again its a nice fit. 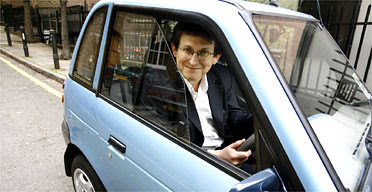 The questions are:
- are giveaways the best ways to grow green communities?
i. when i've researched 'win a mini' type promotions no-one ever enters because they dont believe they can win
(NB the odds here are actually REALLY good; there's only about 3000 people on each site community)
ii. is winning something valuable for doing the right thing slightly dissonant?
iii. but does it matter - treehugger reported the G-wiz car and hence publicised their new site
- is there a reason why no pledge site has tipped yet? (one of the best still, to my mind, is pledgebank where the pledges are suggested by individuals & its very utilitarian/localised/craiglisty)
- is there somnething missing still; eg self-help and diet success stories have relied on group meetings as well as pledge-type commitments - do these pledge sites need to have a 'meetup' component?
- and if you think the idea of pledges as the 'hook' is sound, who do you think could have the makings of a million-plus user pledge site? (the freecycle of personal commitments) Green thing? iCount? other?
- if someone were launching one of these 'do your bit by signing up' sites what free marketing advice would you give them?

If you ask anybody in web 2.0 they would say
- 'go viral'. It worked for gmail (with thjeir 6 invites per google blogger). and it also works for brand/community/enthusiasm type things (eg run London with their recruit-a-friend)
- finding watering holes; eg icount and MySpace started at 60,000 each in their communities, ie critical mass, because they could tap into their own or others' active membership

I imagine most readers have already dashed off to file their winning registration... but if anyone's still reading it would be an interesting area to debate. I know that some of those involved in the sites mentioned do occasionally read this blog so please i. be constructive and ii. anything you say may actually be useful input to their plans.

I'd also love to know what people think of Tread Lightly specifically as its so shiny and new.
Posted by John Grant at 04:28

Green give-aways, or incetnives are a great way to bridge the 'awareness - action' gap. The question is, does the incentive have to be green too? Does it have to be greener energy for a year? From a brand perspective, you could argue yes. In the long-term, if the incentive is green, and a consumer buys into the green portfolio because of that incentive, it's likely that we can get them to do green behaviours in the future, too. However, if the marketing objective is 'to get more prople to go green' could it be a cash give-away? For innovation to succeed, it needs to have relative advantage - a genuine utility. The question is, does that utility have to be green?

I'll need 3 hours and couple of expressos to answer all of these valid questions so let me refer to a couple:

The relations as well as the differences of outcomes between internal vs. external motivators is one of the biggest questions in social psychology. The common wisdom is that it's always better to generate behavioural change by creating an internal motivator (my belief in the need to change)rather than external one (my wish to get freebies). However, there are enough studies that proves that if the incentive is smartly contextualise (green freebies) the shift from external to internal can happen.

The problem with collective pledges as I see it (apart from the feeling of eco-fatigue) is that one's contribution to the environment is rather intangible - I can pledge from dawn till dusk, it is difficult to 'show-off' my behavior/results to the world.

No one has yet cracked the visualisation / evidence of positive change on individual-local-national-international level and so there is a lack of positive competitiveness in improving our behaviours.