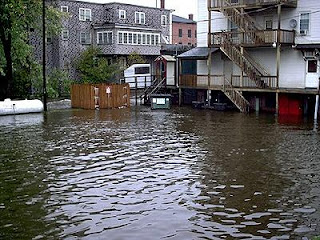 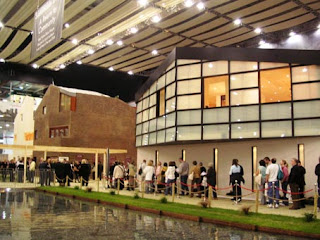 According to several sources this week (a PSFK interview here, and the Guardian piece online Freya linked to) the public mood on eco is cooling. Or is it? My sense is that the media agenda has reached the point where - after what was undoubtedly a hyped story - the natural next step is a green backlash. But is that where real people have got to? I'm not so sure.

Here's the data from the ideal home exhibition research and the way the Guardian report it to try to support that headline:

"nearly a quarter of people (23%) admitted they were bored of "eco news"
"nearly a fifth (18%) exaggerated their environmental behaviour because it is fashionable."
"nearly four fifths of those questioned (78%) think not everybody is making the effort."
"Men are more cynical about the difference they can make, with nearly a fifth (19%) believing small changes won't have any effect, compared to 11% of women"
"Overall, 80% of respondents said they used energy-saving light bulbs, 90% filled the kettle with the right amount of water, 83% recycled paper, glass and plastic and 82% took old clothes to charity shops."
"But three quarters did not use eco-friendly detergents, 81% did not check wooden items were from sustainable sources, nearly half (44%) tended to turn up the heating instead of putting on more clothes, 22% left mobile phone chargers plugged in and 32% left the TV on standby."
"There was also cynicism about green energy suppliers and almost half (48%) of those questioned did not know what the energy performance certificate for homes was."

You could also say that the evidence now is people really changing their behaviour
80% of respondents said they used energy-saving light bulbs,
90% filled the kettle with the right amount of water,
83% recycled paper, glass and plastic
and 82% took old clothes to charity shops
56% put on more clothes rather than turning up the heating
78% dont leave mobile phones plugged in
68% dont leave TV on standby
52% (ie vast majority of home owners) know about the new home energy certificate

There is still further to go, some behaviours eg checking wood sources remain niche (19%). But at least we've made a start.

Even allowing for the fact that there might have been a few dont knows, you can probably see the point; in the space of just a few years people have taken the problem and the solutions on board and have started doing lots of good things. And of course most people do know that not everyone is making the eeffort; underlining the need for everyone to get on board.

If you look at international surveys (eg BBC-Synovate) you will see that the UK is ahead of even Scandinavia on many everyday things which you can do to make a difference, from refusing plastic shopping bags to choosing a smaller car.

Let's not talk ourselves into a backlash story here in other words. Another view is that we have just successfully passed the first stage (hype) and are now into more substantial changes in lifestyles, biusiness and politics. From now on its not about broad brush strokes ('green') but rather specific agendas be it local, efficiency, renewables, cheap flights, city car use....

The key thing for headline writers and home consumables exhibition organisers to note is that rather inconveniently climate change is a substantial, scientifically well established and rather threatening reality. It is not this year's colour. It is here to stay. We cannot un-know the link between taking unecessary flights or driving a 4x4 or buying food and drink from New Zealand and the very real human misery caused by drought, flooding and so on, particularly in the worst hit developing world. I really liked the point made by Eugenie Harvey at Applied Green (echoing what Christian Aid and others have been saying for some time) that climate change is no longer and ecological issue, it's now a humanitarian issue.

Incidentally, just to say, the Guardian is usually great on environmental issues and Tamara Giltsoff who was interviewed by PSFK and was talking aboyt the US situation is a one woman eco revolution (and was I reckon quoted slightly out of context; not to say that people are no longer interested but they are looking for substantial innovations). But it still seemed an interesting story to respond to, it quite often comes up as a hypothesis ('dont you think that...") when I am talking to companies and public audiences too.
Posted by John Grant at 02:47

John,
Here, on the other side of the pond, "eco" or "green" consciousness is growing but it also has a very long way to go. References - direct and indirect - show up in tv commercials, print ads, and product packaging - but there is a part of the American psyche that equates "smaller" and "more energy efficient" with socialism, government intervention (god forbid!), and subordination of the American idea -- two gas guzzlers (e.g. Hummers) in every garage or car port. As someone who recently discovered that living a green life style (e.g. driving fuel efficient cars, recycling, composting, and not having central air conditioning, for example)does not necessarily correlate with having a low carbon footprint, I fear most Americans -- who do not want to know what their carbon footprint is, are not willing to look into the mirror and see themselves as part of the problem AND the solution. I believe the challenge is to keep the dialogue alive without it being coopted for commercial purposes.

... and as with the whole debate my reply is full of contradictions. I saw you speak at Applied Green and am hopefully coming to you book launch so I'll try and say hi. Mark

some of what I hear from over there is that the first and third are executing a pincer movement on the second; & specifically that the voluntary simplicity/puritan side of the religious right is joining the fray and that unlikely converts (such as maybe even George W Bush if you believe Murdoch senior) are being won over

the 'coopted' question is a critical point & could be a whole debate, in fact I think it might be a good one, so aim to get something going later in the week

On the US points, it seems to me that things might happen more top-down than bottom-up here as corporations realise the capitalist, not communist, potential of green, make changes and then take their consumers with them. So Wal Mart is offering only the concentrated laundry detergent (as Tamara says in the PSFK interview) not because consumers are asking for it but because it saves them cash, and they're then spending money to convince their consumers it's the right thing for them, too. I think this is a big shift in how companies operate - rather than waiting till the focus groups tell them to do something, i.e. waiting for demand before they create supply, they are moving proactively on the supply side and then creating the demand by making consumers feel good about making changes. Not sure I'm making much sense but it's interesting, and changes our job as advisors to the marketing clients too.

Hey John. I don't think I was wrongly quoted, maybe quoting wrong. I was trying to suggest that people now need easy green solutions, (alongside the awareness work), and IMPORTANTLY need to see the impact their decisions/actions/behaviors have ie, making the intangible value of opting for greener tangible. It's hard for people to feel good and really understand the impact of small changes in their daily consumption; to really feel it in their heart and bones everyday. And however hard it is in the UK, here in the US it is four feet higher to leap: four sizes of soy latte bigger, four plastic and paper bags inside bags to strip away, four take-outs a day to rethink, four times the size of the fuel tank, four times the perception of distance not to drive, four times the size of a detergent bottle and four times the perceived efficacy of detergent chemicals harder to get their head around compared to what a concentrated and non-toxic does and is good for... That pains me because I am not a four-factor kid, but in order to have an impact in the work I do I must meet my audience somewhere between 0 and 4. I must take my audience on a journey... one step at a time. My piece was not to suggest a backlash, but to suggest helplessness as there are so few ways for consumers to consume lighter and really feel it in their heart and infect others to feel it.

Hi T, It was just this bit which they led off with: "Eco concerns in the short term are shifting/have shifted to “does this make any bloody difference if I bother at all” attitude, ie, helpless people. The hype has predictably peaked; the reality kicked-in" It was also that I'd just read the Guardian piece after Freya pointed it out so I was Ecofatigue/backlash sensitized. The points on solutions, absolutely couldnt agree more and I think the hype has passed too and we really need to get down to breakthroughs which are always much narrower and more specific. I'm describing it as like the transition from information superhighway (another fine gore moment) to netscape, hotmail, amazon, aol... Anyway you know i am a big fan of yours, as is alex west too apparently (saw him today) :J